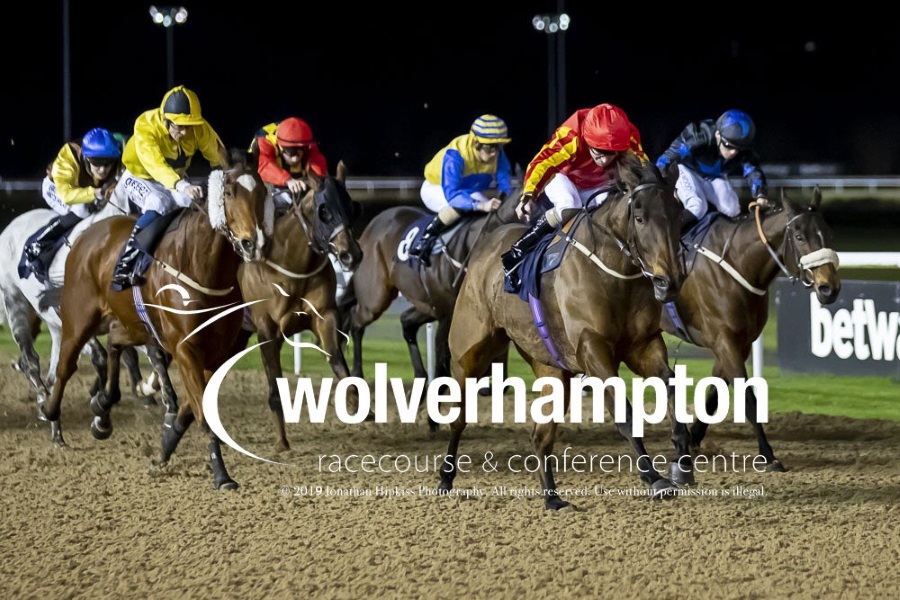 She’s back, and in the winners enclosure again! On the anniversary of her first win, SUNSHINEANDBUBBLES won her SEVENTH race tonight at Wolverhampton. It was her first run since July, as she had been very busy for the previous eighteen months. She seemed to have gone off the boil as she hadn’t been performing to her usual consistent standard and needed a break. It clearly did the trick!

We also opted to give her a change of scenery, in the hope that a new training regime might rekindle her desire. That proved to be the right decision! On her stable debut for new trainer David Evans, she bounced back to form and recorded her fifth course win. Her previous form had seen her drop to a favourable handicap mark, so she should progress from here. We hope she will be winning again soon! Well done to trainer David Evans and jockey Joe Fanning!