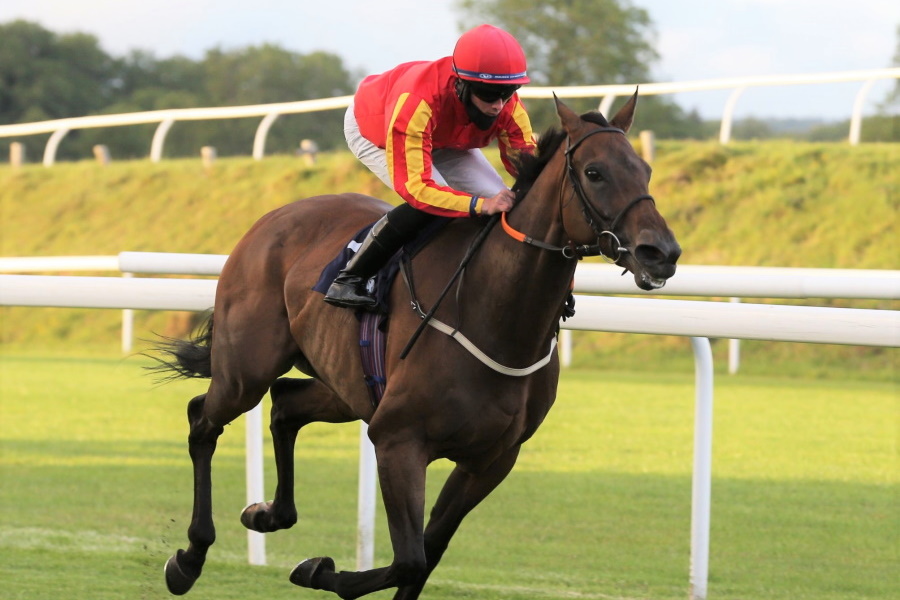 We are absolutely delighted for our owners that our star mare has made it two wins from two runs since the resumption of racing! SUNSHINEANDBUBBLES had not been successful on turf before, but proved the doubters wrong at Chepstow last night, earning her first win on grass, to add to her previous eight wins on the all weather! She got a great ride from Rossa Ryan, who formed a very fruitful partnership with her while he was building his reputation in the UK, and has now won four times on her.

The race was run at a decent pace and Rossa kept her in a handy position throughout, disputing 2nd place till 2 furlongs out, then kicked clear and proved too game for the favourite Hammy End, holding off that rival and winning quite cosily by 3/4 length, with the third place horse a further 11 lengths behind. She is in great form and trainer David Evans and his team have worked wonders with her since she arrived at Ty Derlwyn. After a lean spell at her previous yard we were wondering if she had fallen out of love with racing, but a change of scene has seen vastly improved performances. That’s now three wins from nine starts since she moved to the Evans yard, and hopefully she can provide us with more success off her current mark.

Very well done to the David Evans team and congratulations to all our owners!

Share This Page
Call us today on 07799 951530 or click the button to send a message!
Get In Touch
© Amazing Racing 2020 All Rights Reserved | Website Design by Amazing Web Services
Back To Top