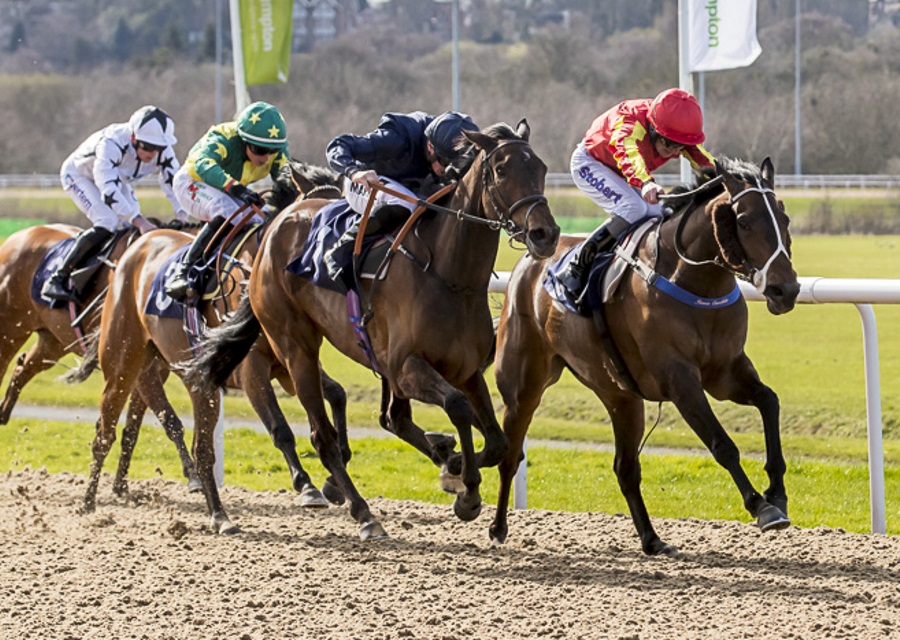 After her two wins last month, SUNSHINEANDBUBBLES went off favourite for her race last night at Wolverhampton over 1m 1½f. She ran another great race, but was just collared by a very well-handicapped runner from the Richard Hannon stable.

Although the winner – Mouille Point – went off at a big price (11/1), it was the one we feared the most. It was having its all-weather debut, and had previously been running to a much higher mark. It was no surprise to see a return to form, and Sunshineandbubbles was only pipped by a short head, being caught at the post.

Having recently lost by just a “nose”, another narrow defeat like this is very frustrating. She didn’t deserve to lose but our game mare ran an immense race in defeat, She also earned her highest Racing Post Rating in the process.